“You can go to heaven if you want, I’d rather stay in Bermuda”-Mark Twain

LOCATION… LOCATION… LOCATION! The real estate adage certainly pertains to Bermuda. Situated 654 miles (1052 kilometers) east by southeast of Cape Hatteras, North Carolina, Bermuda is a thousand miles north of the Caribbean but in proximity to major metropolitan centers on the eastern seaboard of the United States. The warm Gulf Stream to the west ensures a moderate sub-tropical climate and affords the most northerly coral reef system in the world. Bermuda’s position has allowed the island to prosper over 400 years of civilization, transitioning from a navigational menace into a premier vacation destination and axis of international business. With almost seventy thousand residents on only twenty-one square miles, Bermuda is one of the most densely populated places in the world… but also one of the wealthiest. 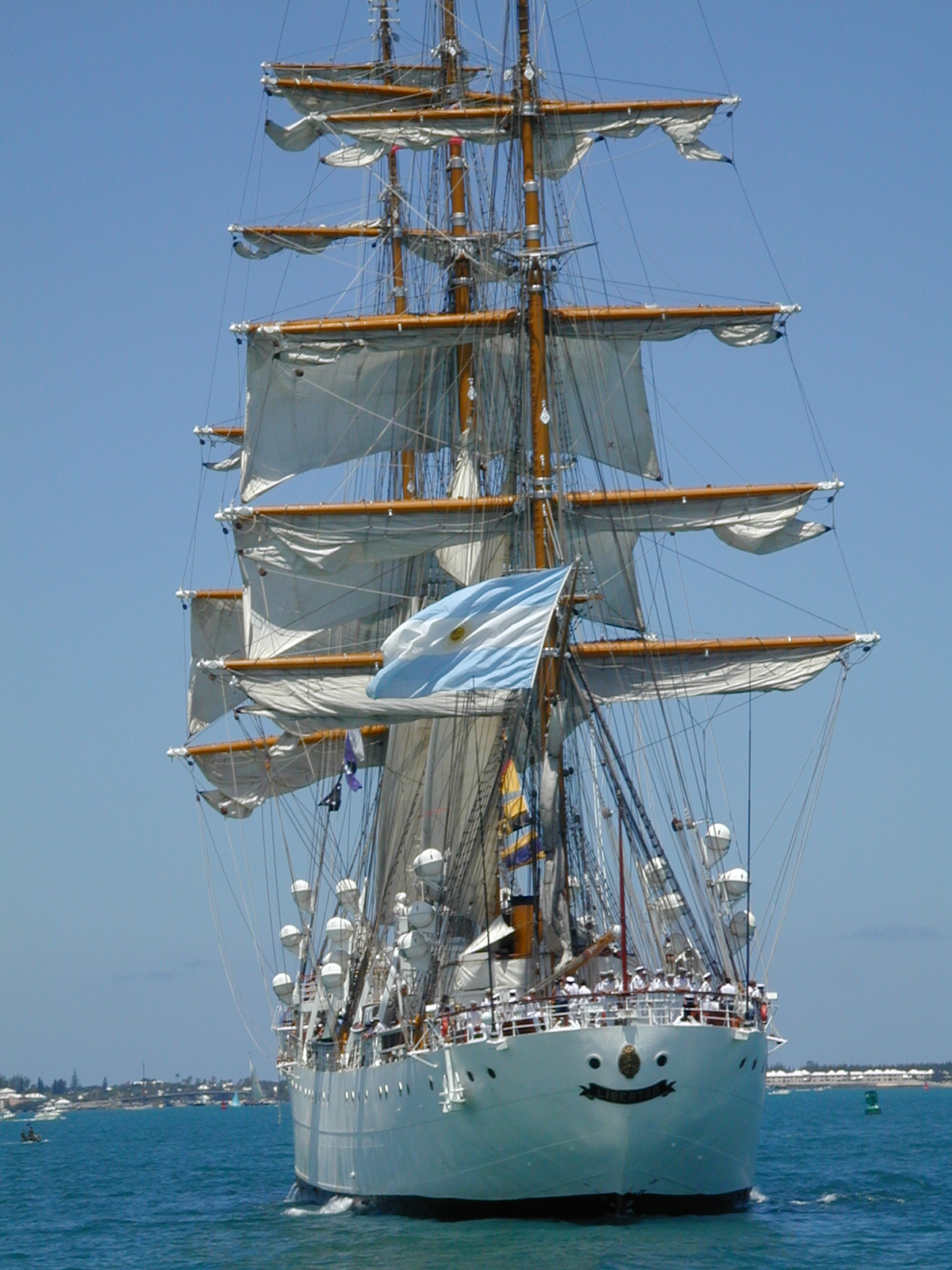 The island was first settled in 1609 when the Sea Venture, flagship of a nine vessel fleet bound for Jamestown, Virginia, wasshipwrecked off the eastern shore. Languishing in a storm and leaking badly, the vessel was intentionally sailed onto coral reefs by Admiral Sir George Somers, saving the lives of all one hundred and fifty men and women aboard. The wreck of the Sea Venture and their miraculous reappearance in Jamestown less than a year later created fervent excitement back in England and inspired William Shakespeare to write The Tempest.In Bermuda, they found an abundance of fresh fish, turtles, wild hogs and nesting sea birds to thrive. They spent nine months in Bermuda, salvaging materials from the Sea Venture and using Bermuda Cedar to build two rescue vessels, the Deliverance and the Patience. They continued to Jamestown where they found the fledgling colony in despair. 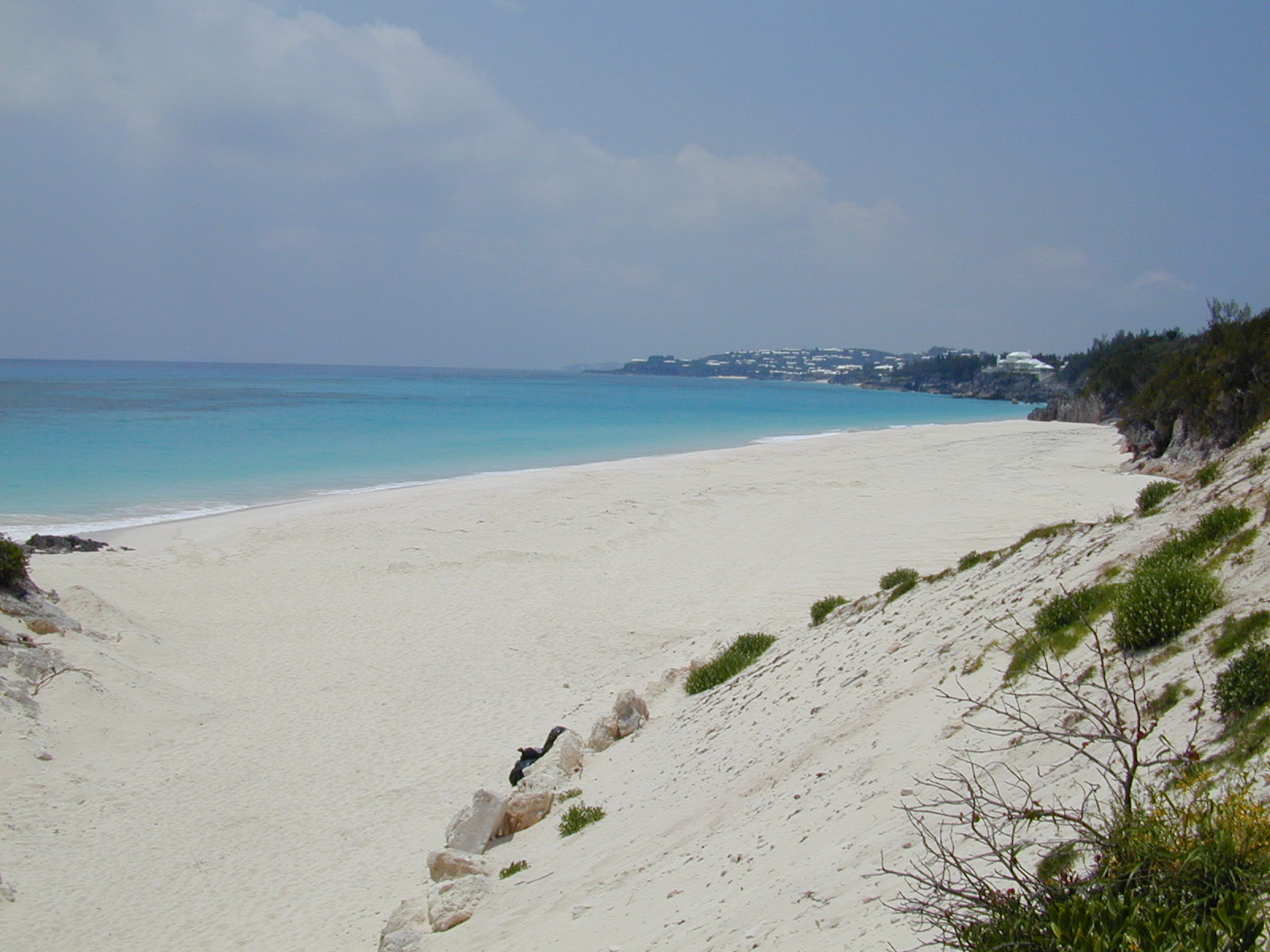 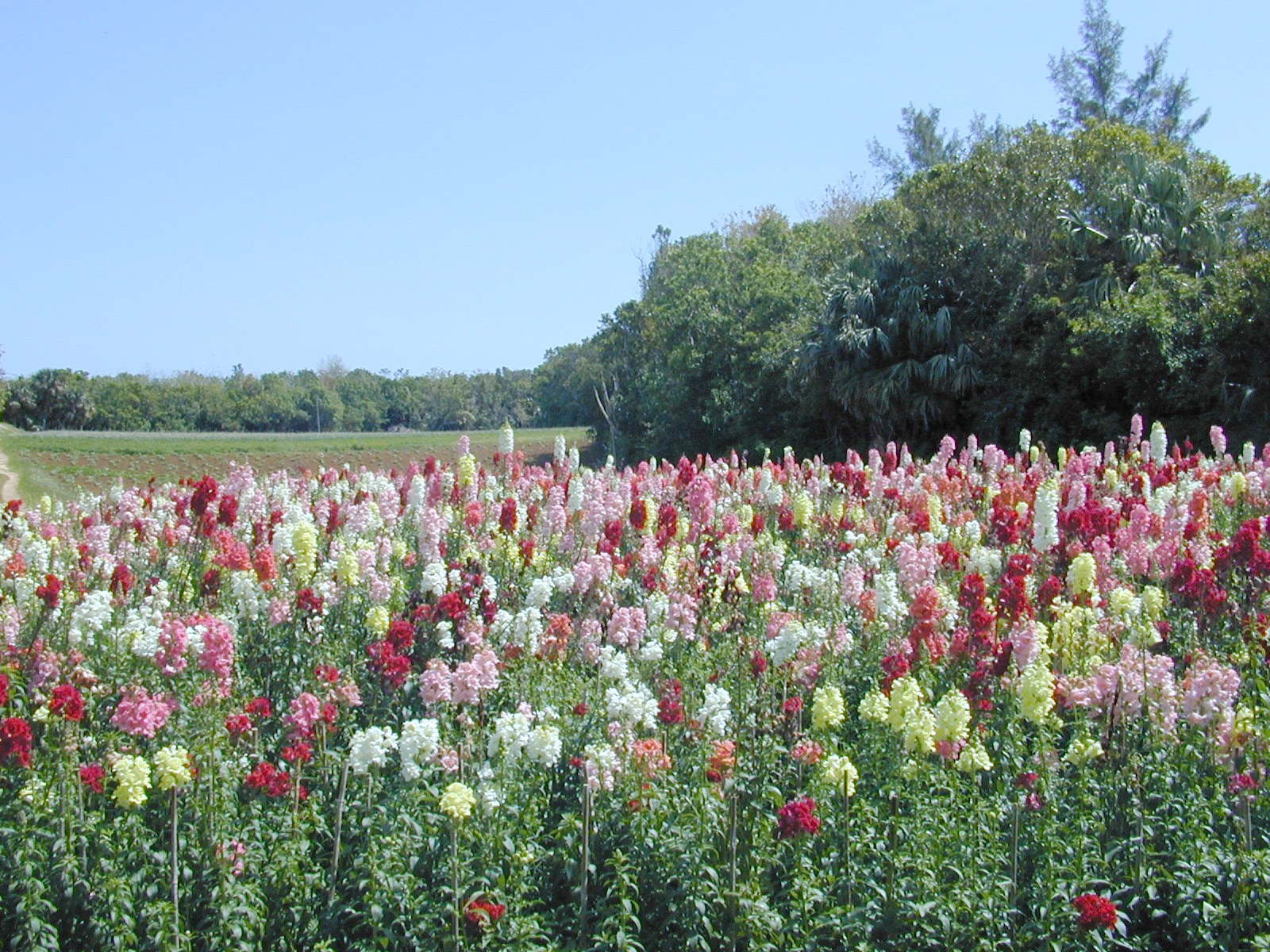 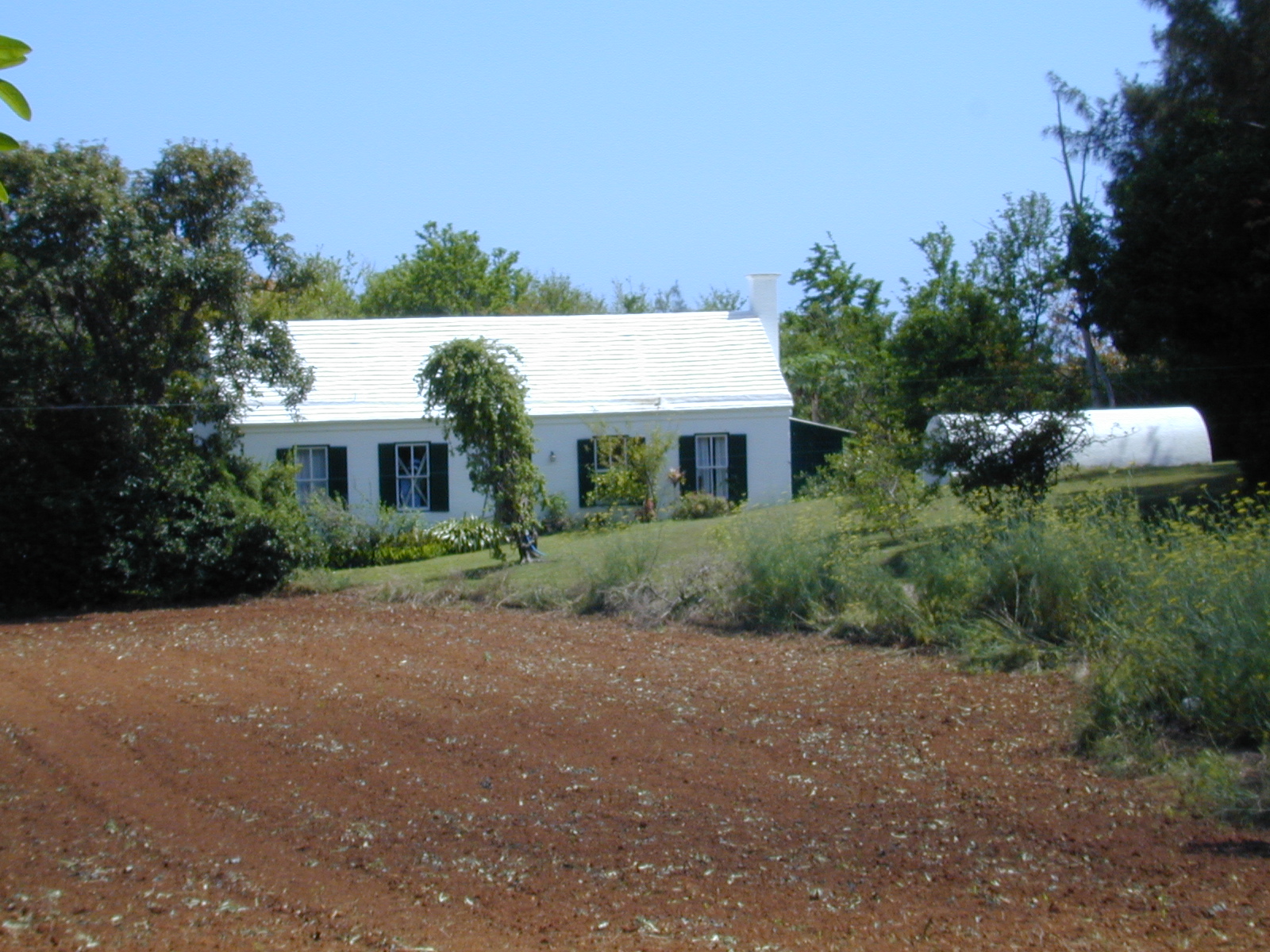 Sir George Somers died in Bermuda after briefly returning aboard the Patience for additional supplies. His heart was buried on the island and his body was taken back to England. A third crewman joined the two volunteers who had stayed behind from the prior sailing, retaining England’s claim to the island and making Bermuda one of the oldest continually inhabited settlements in the Western Hemisphere. 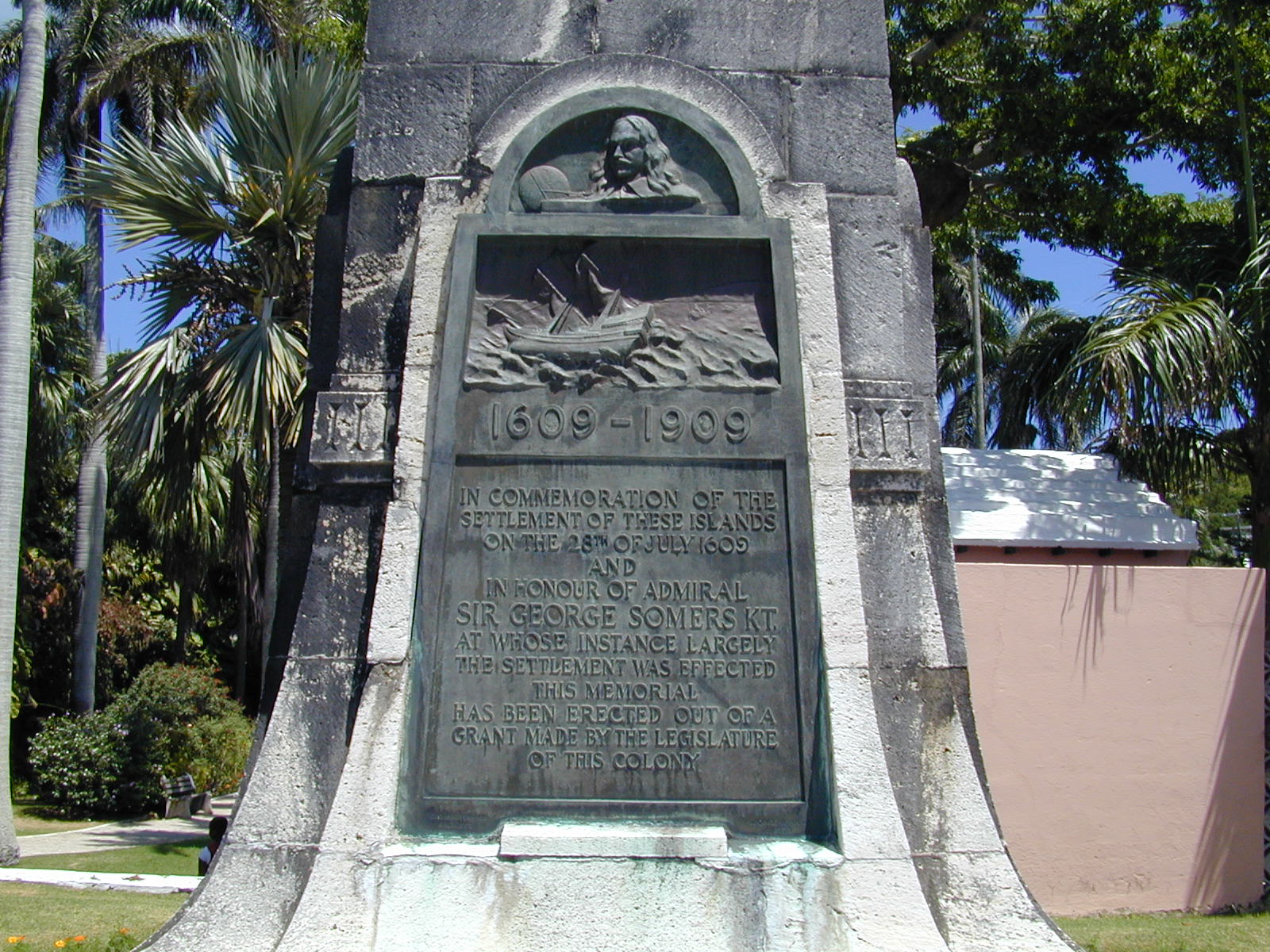 In 1612, Sir Richard Moore, Bermuda’s first Governor, arrived with sixty settlers who began construction of Ye Olde Towne of St. George, today a United Nations World Heritage Site. The House of Assembly met for the first time in 1620… about the time the Outerbridge Family settled in Bermuda. The Somers Isles became a self-governing colony, fundamentally the same status that exists today. Bermuda’s tobacco based economy struggled through the early decades until shipbuilding and seafaring emerged. Bermuda-built sloops, faster than the cumbersome galleons of the day, began to dominate the western Atlantic. Bermudians colonized the Bahamas in 1647 and the Turks and Caicos in 1681 where they built a prosperous salt and cod trade triangle to Nova Scotia. This is the origin of Bermuda’s traditional Sunday morning cod fish and potato brunch. Bermudians soon diversified into whaling and privateering. Traveling comparatively short distances and carrying abundant ancillary crew members, Bermuda Sloops preyed on ships of Spain, France and other nations under sanction of the Royal Crown. The most famous Bermudian pirate was Hezekiah Frith based at Spithead House in Warwick Parish. He was the wealthiest man in Bermuda at the time and was elected to Parliament.
On April 19th 1775, the “Shot Heard ‘Round the World” was fired at the Battle of Lexington… America and Britain were at war! A trade embargo was introduced blockading all British colonies and creating hardship for local merchants and residents. Word spread that the Royal Military in Bermuda kept a stockpile of munitions in a remote depot outside of St. George’s and during the summer, a deal was struck between prominent Bermudian Henry Tucker and Benjamin Franklin, representing the Continental Congress. In what the Central Intelligence Agency refers to as America’s first covert operation, on the night of August 14th a band of Bermudian and Patriot sailors stole a hundred barrels of gunpowder and delivered it to two American ships waiting outside the reefs. The gunpowder was transported to revolutionary forces in Charleston, South Carolina and Philadelphia, significantly bolstering the campaign for independence. Bermuda was granted exemption from the embargo and although the infamous “Gunpowder Plot” caused uproar among loyalists in Bermuda, nobody was ever charged for the treason despite a substantial reward offered by the Governor. Camped outside Boston and unaware of the successful conspiracy, on September6th George Washington personally penned a plea “To the Inhabitants of the Island of Bermuda” to “solicit your assistance, in availing ourselves of this supply”. After American independence, Britain acknowledged the strategic importance of Bermuda as a sanctuary between Europe and her colonies in Canada and the Caribbean. Fortifications where strengthened and construction began on the Royal Naval Dockyard in the west, now home to the Bermuda Maritime Museum. Over the next several decades many skilled laborers from the West Indies, along with convict labor from Britain, came to Bermuda to work at the Royal Naval Dockyard. The American Civil War was an especially prosperous time for Bermuda when many family fortunes were made. In defiance of British neutrality, Bermuda’s oligarchy backed the Confederacy who was forced to look overseas for munitions. Shipments of arms and supplies from Europe were loaded onto blockade runners in Bermuda for delivery to southern ports. Other Bermudians were Union sympathizers, particularly black Bermudians, many of whom served honorably in the Union Navy and colored regiments of the Union Army, despite being free men at home. Slavery in Bermuda was abolished by the Emancipation Act on August 1, 1834. The day is celebrated during the annual Cup Match Holiday featuring a two day all-star cricket game between east and west end clubs. 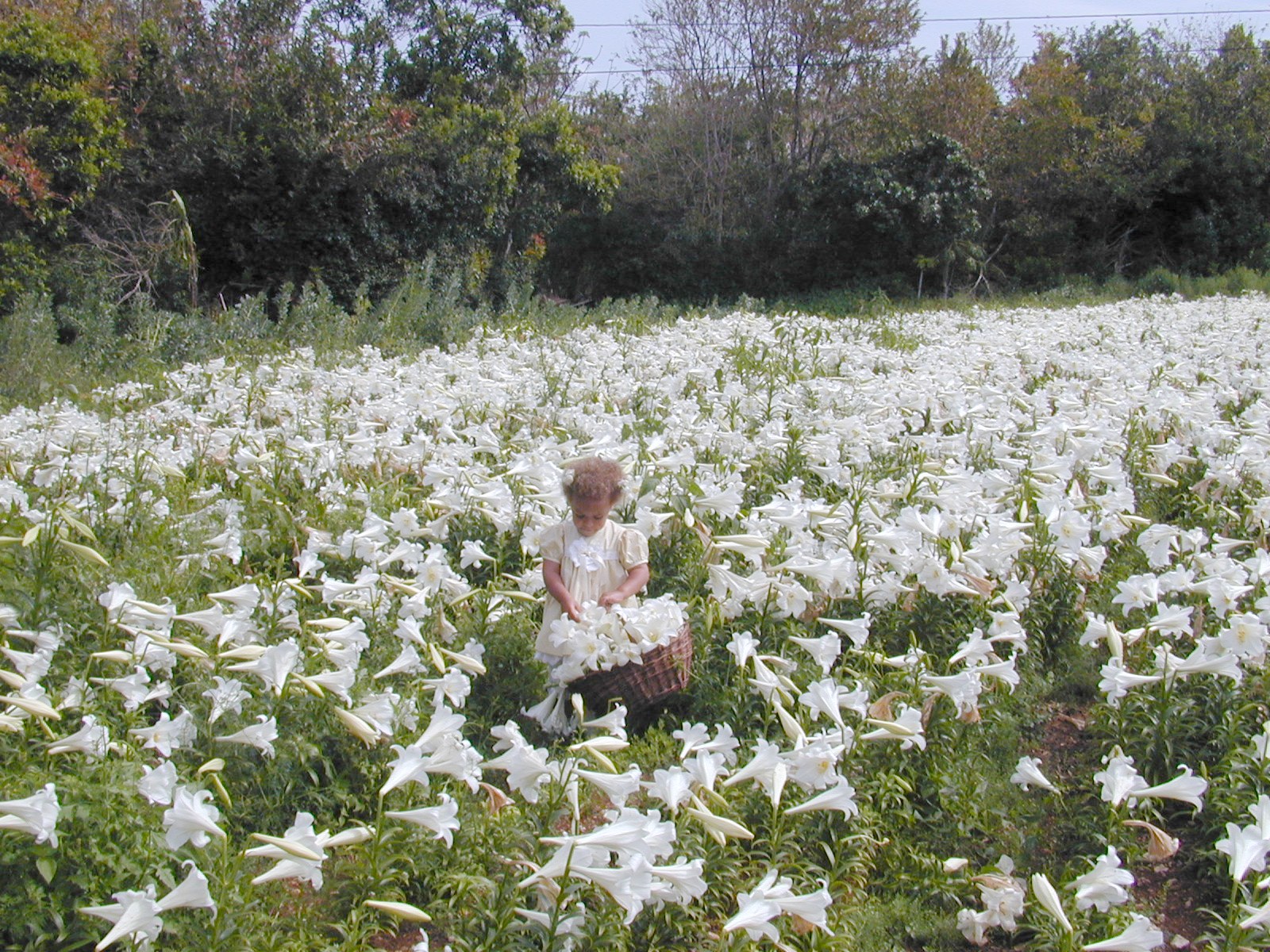 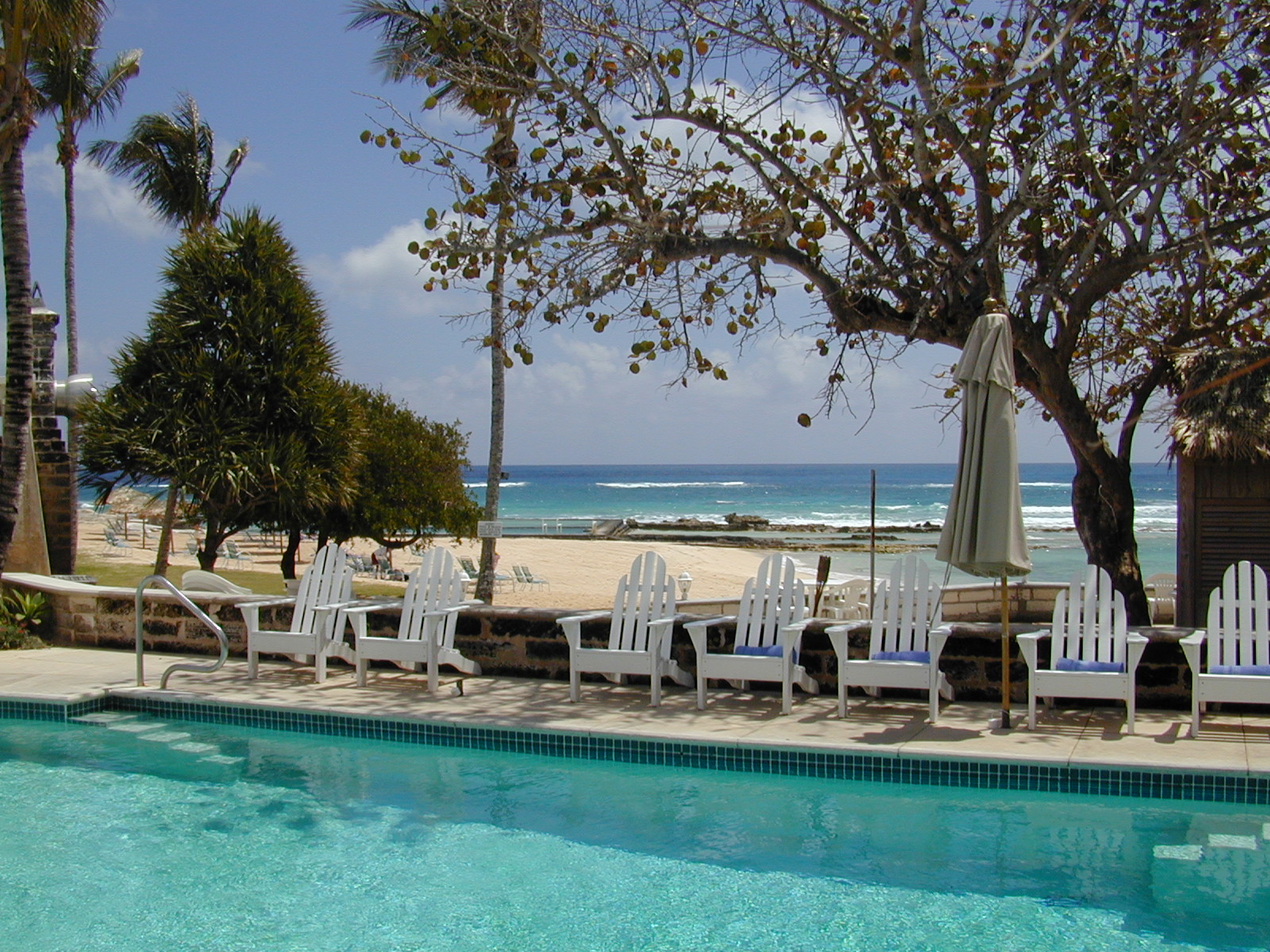 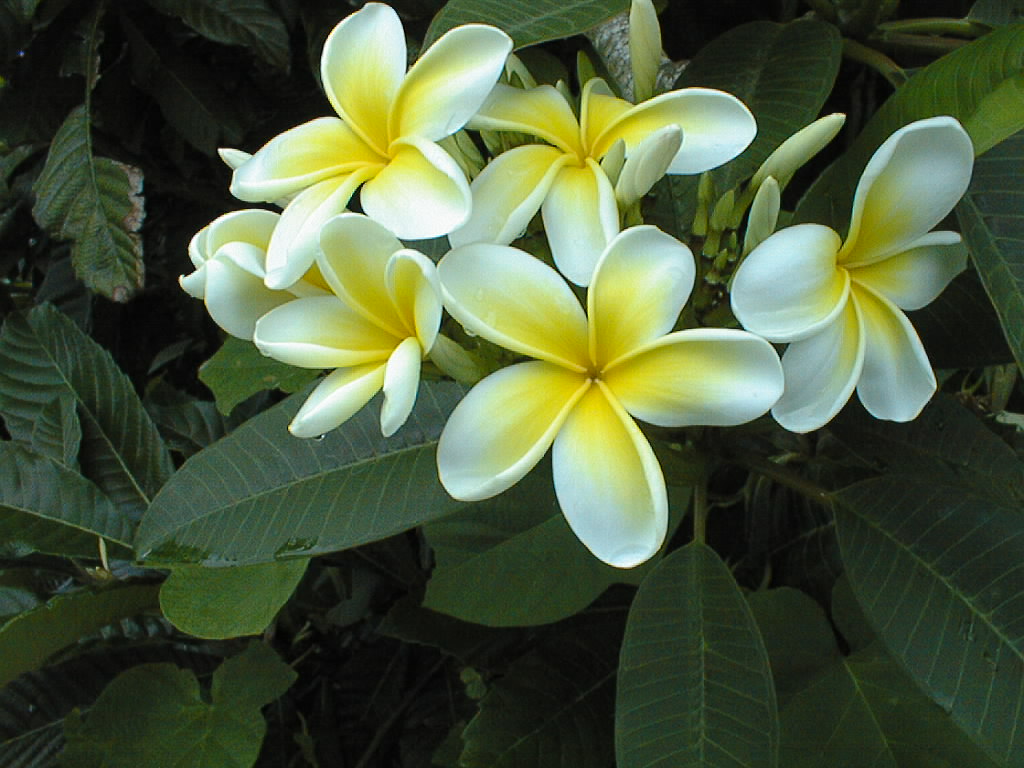 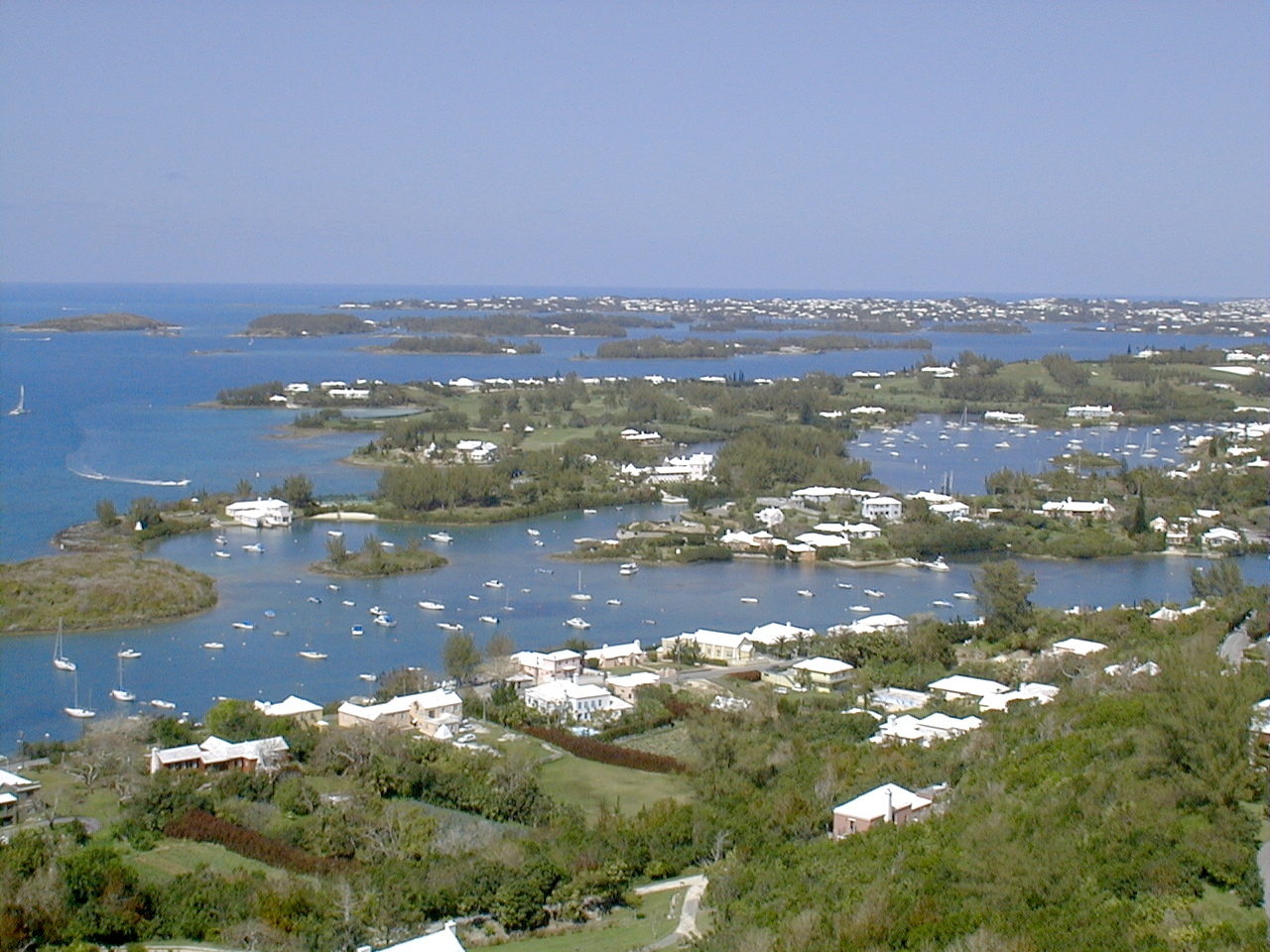 Tourism in Bermuda developed gradually from the second half of the 19th century. Only a few days by sail or steam, Bermuda’s temperate climate and rustic lifestyle appealed to wealthy socialites escaping the harsh winters along the bustling eastern seaboard. The first regular steamship service from New York commenced in 1874 augmenting visitor arrivals and in 1885 The Princess Hotel opened in Hamilton and immediately became a center of social activity. Bermuda also exported fresh fruits and vegetables, Bermuda Onions and Easter Lilies back to the east coast. Portuguese farmers from Madeira and the Azores were recruited to work the fields. Over the following hundred years, except during the World Wars, tourism became the foundation of Bermuda’s economic prosperity. Dedicated steam ships called regularly from the major metropolitan ports of New York, Boston, Philadelphia and Baltimore. Flying boats began offloading passengers at a new terminal on Darrell’s Island. In 1940, the U.S. Military began construction of Kindley Airfield on St. David’s Island. Bermuda introduced its own currency in 1970, replacing pounds and shillings with a decimal system. The Bermuda Dollar was fixed at par with the U.S. Dollar and either currency is accepted island wide. By 1980, over half a million tourists visited Bermuda each year, arriving mostly by air and staying in one of the luxury hotels or guest houses operating across the island. Since then, competition from inclusive Caribbean resorts bolstered by more efficient jet travel has eroded Bermuda’s supremacy as a vacation destination. Following trends in the industry, today most visitors to Bermuda arrive by cruise ship and contribute much less to the local economy. As tourism declined in Bermuda, a surge of international business replaced the lost earnings, sustaining Bermudian prosperity. An American businessman named Frederic Reiss introduced the concept of captive insurance during the 1960’s and concluded that Bermuda was the ideal domicile. The island was offshore but accessible with an educated English speaking population and stable legislative and judicial systems. Bermuda helped revolutionize the insurance and reinsurance industry over the last half century and today ranks behind only London and New York in worldwide significance. Thousands of companies have been established in Bermuda, with three quarters of the Fortune 500 now having a presence. These visionaries inspired a complete Financial Services Industry that could not have been imagined a generation ago. In 2005, Bermuda honored the Quincentennial Anniversary of discovery and in 2009, celebrated four hundred years of continuous settlement. Her Majesty Queen Elizabeth II wrote, “Bermuda’s history is a testament to the resourcefulness and resilience of the people who call Bermuda home, characteristics shown by the early settlers and throughout the ages.” Bermuda’s motto Quo Fata Ferunt means “Whither Fate Carries Us” but it has been Bermudian spirit and perseverance that has shaped Bermuda’s history, affirming a global significance that belies the island’s modest size.
12:49 am Sunday May Sunday, 2022